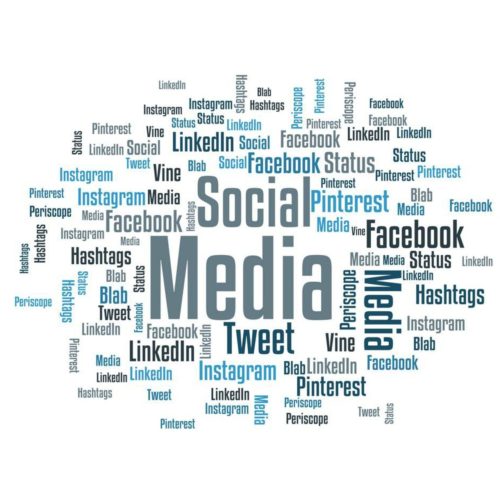 Racism: that’s the hot potato that saw 2015 out, that’s what plagued 2016 throughout the year, and that’s what saw 2017 in. The racial debate appears to be under a constant spotlight across social media, in the media, around dinner tables and water coolers. A number of key issues seem to have arisen, with a number of important lessons to be learnt.

One of the lessons that Penny Sparrow very quickly learnt is that there’s no such thing as privacy on social media. You may think that you’re in control. You decide whose friend request to accept, and whose to ignore. You decide who to unfriend should you so wish. You have complete control over the identity of your social media circle. So you feel comfortable, complacent, protected. These are your friends. You know them, you trust them, you feel as secure voicing your opinion to your friends on Facebook as you would if you were around the dinner table with them. Except on Facebook, your opinion is in writing. And it’s oh-so-easy for your friends to like, comment on and share your post, unaltered and complete with authorship, which becomes visible to their own circle of friends, who share it with their friends, who share it with theirs and so-forth. Until your private musings are not so private any more. Before long, your once-private post is circling the globe.

The lesson in this for everyone is to think twice before posting anything on social media. Never, ever post anything if you wouldn’t feel comfortable with the post going viral, or splashed across the front page of the media.

Lesson 2: There’s no such thing as privacy in social media

Another lesson is that people can very easily access your not-so-private posts and form their own opinions of you and your character, including the way you do business. So acknowledge the fact that social media is most certainly not private, regardless how meticulous you are with your privacy settings, and make sure that the face you have on Facebook is a face you’re happy to show the world.

As we all know, Penny Sparrow was only the beginning. Next up we had a string of Facebook users and Tweeps who found themselves paying a price for their rants. As a direct result of airing their opinions publicly, Nicole de Klerk lost her job, Vulaphi Khumalo faced a disciplinary, Gareth Cliff was dropped like a hot potato, Vanessa Hartley was suspended as employers hurriedly distanced themselves from their employees’ much-publicised comments.

Employees engage in social media believing that everything they write is in their personal capacities. That nothing can be attributed to their professional lives. But the public is increasingly connecting the dots between a wayward employee and their hapless employer, vociferously demanding to know how and why the company could continue to support and employ a person of such doubtful character. Employers understandably don’t take too kindly to this, and immediately distance themselves as far as possible from the employee. Often their knee-jerk reaction is to show the world how vehemently they’re opposed to their employee’s views by instantly dismissing them, or at the least suspending them while they deal with the storm of public discontent. To add to the employee’s woes, their current employer is not the only challenge. As a direct result of one misguided social media post their future career prospects look rather bleak, with prospective employers heading for the hills the moment they find out about the employee’s social media blunder.

Lesson 4: Employers, make sure you have your social media policies in place

There is also a lesson in this for employers. In Gareth Cliff’s case, he took exception to his unceremonious dumping by MNet. He challenged MNet’s cancellation of his contract – and won the case resulting in reinstatement. The prudent employer should ensure that they have appropriate policies and procedures in place. This way both employer and employees know what is expected of them, and what the consequences are in the event that the employee decides to air or share any warped, ill-advised or miscalculated views with the world.

Given our checkered past, South Africans are understandably still rather sensitised when it comes to issues of race. But given our past, we also have a heightened awareness of the importance of free speech and respecting other people’s views regardless whether you share those views. To quote Voltaire, I may not agree with what you say but I defend to the death your right to say it. Against the backdrop of the restrictive and stifling policies of the pre-1994 Nat government, the new South African Constitution was a breath of fresh air. And Freedom of Expression took its well-deserved place in the Bill of Rights.

Up until now, racists have gotten away with spewing forth their revolting racist rants under the guise of freedom of speech. But the events of 2016 have opened up deep wounds that have barely had time to heal. It has become clear that there is a gap in our law, and it is only a matter of time before legislative changes are introduced to cork the racist tirades that appear to have dominated social media of late.

Until such time as our legal landscape changes, it is up to us, the people of South Africa, to put an end to racism. To once again quote the great Voltaire – With great power comes great responsibility. We have great power in the form of our constitutionally protected Freedom of Speech. Let us not abuse this right by thinking that we can pour forth every disrespectful thought that enters our heads. While a change in our law may go a long way in silencing the racists, what is disheartening is the fact that such a law should even be required. Racism does not stop when the government steps in, or when people stop sharing racist posts, or when people stop writing racist posts, or when people stop name-calling. It stops when we stop thinking racist thoughts.

The final, and possibly most important lesson is for us all to reconsider our own beliefs and values, and to view skin colour as nothing more than an arbitrary pigmentation. Whether it’s small-talk during a family gathering, alcohol-infused banter at the local bar, a heated debate over a sporting match, or a casual chat at the office water cooler, the infusion of racially-slanted language and ill-conceived ethnicity notions in our everyday life needs to stop!

Why should so-called mixed-relationships warrant a second-glance? They should be accepted as the perfectly normal relationships that they are. When the contractor connects the wrong wire to the wrong plug, what earthly reason could the colour of his skin have to do with it? Maybe he’s having a bad day, maybe he’s still in training, maybe he truly is incompetent – all of which reasons could apply equally to both a black and a white technician. Accrediting a quota system with the appointment of a person of colour into a national team trivialises the extraordinary talent, commitment and years of tireless dedication needed to get there. Consider that perhaps the new receptionist’s apparent incompetence on the computer has more to do with her being raised without electricity at home, let alone a computer, and further that the IT skills she has learnt in a remarkably short space of time is admirable. The display of rude, disrespectful or anti-social behaviour, whether in the traffic, around the boardroom table or at the Pick n Pay checkout counter may speak volumes about that person’s character, but says nothing about their skin colour. It’s time to abolish racism in all its guises. Not every white person is born with a proverbial silver spoon in their mouth, and not every white child goes to bed on a full stomach. Not every wealthy black person is a “BEE beneficiary”, and not every black child is poorly educated and starving. Why should “advantaged” or “disadvantaged” be associated with skin colour? Take the #FeesMustFall campaign: the cost of education is a challenge that affects thousands of students, regardless of colour. Not every white graduate was bank-rolled by wealthy parents, not every black graduate couldn’t afford the fees. Only when we eradicate pre-conceived prejudices based on skin colour can we work as a nation to address the very real challenges our country faces.

Here at Agreements Online we associate “black and white” with the contract you’re signing, not the person doing the signing. We believe that it is time the colour of one’s skin is regarded as being as unimportant and irrelevant as the colour of one’s eyes or the colour of one’s hair. The circumstances of every person’s birth and upbringing are different. But one thing is clear: none of us is born racist. Racism is taught to us by society. And it is time that society un-teaches it. Only then can South Africa enjoy true progression.

It is our sincere hope that 2017 ushers in a time of healing, reconciliation and national unity within this, our Rainbow Nation. We wish South Africa a prosperous and racism-free 2017.

Information supplied on this site is intended for general information and does not constitute legal advice. It is advisable for you to contact a legal practitioner for guidance in respect of your unique requirements.