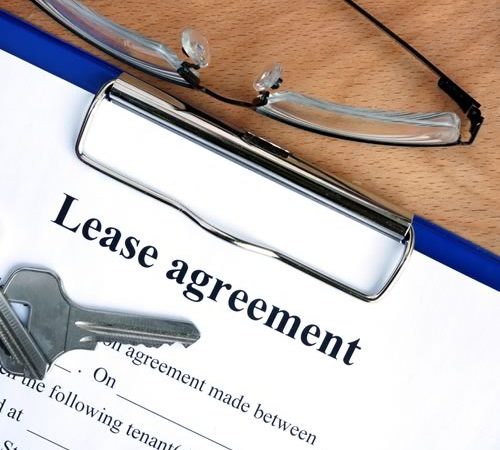 Lease Agreements generally follow a time-and-tested approach. Tenant likes the property; a Lease Agreement is signed; Tenant moves in; Tenant pays their rent each month. At the end of the fixed period, Tenant elects to either renew the lease, or continue on a month-to-month. Or terminate and move out. Most people are familiar with this approach. But what happens if renewal is not a choice given to the Tenant, but rather the subject of negotiation with the landlord?

Renewal of a lease is not an automatic right. It’s the wording of the lease agreement that determines whether or not the Tenant has the right to renew. And on what grounds the lease is renewed.

An interesting case came before the court last year on just this issue. A supermarket entered into a lease agreement with the landlord. In terms of this agreement, the lease could only be renewed following negotiation between the parties. Time went by. And when the fixed term of the lease finally neared its expiry, the supermarket indicated that they’d like to renew and requested that negotiations commence, as required by their lease agreement.

The court explored the landlord’s rationale. It turns out that the landlords weren’t too happy with the Tenant because the Tenant had stopped paying them money in terms of a separate contract, recording an arrangement where the supermarket undertook to pay the landlord’s individual owners cash every month. Untraceable, un-accounted, hard cash. In other words, the individuals concerned wanted to pocket portion of the rent without SARS finding out about it. Well, the court found out about it. And declared this arrangement void due to illegality. This meant that the supermarket’s failure to comply with the separate (illegal) contract did not prevent renewal negotiations from taking place.

The real issue that the court had to decide was the following: when a lease agreement provides that its renewal can only take place following negotiation, must the landlord make an effort to negotiate before declaring the lease to be terminated? Notably, this lease agreement did not include a mechanism to resolve any deadlock. If it had, the landlord would have been required to participate in the agreed deadlock-breaking process and the supermarket may well have won the day with the lease being renewed.

The court held that in the absence of any deadlock-breaking mechanism, the landlord was entitled to terminate the lease on one month’s notice. Indeed, the contact itself stated that in the absence of an agreement to renew then either party could cancel on one month’s notice. The landlord’s position was therefore upheld. The lease was considered terminated and the supermarket was required to move out.

On a similar note, if you’re in need of Lease Agreements, then have a look at our array of property documents here on Agreements Online.