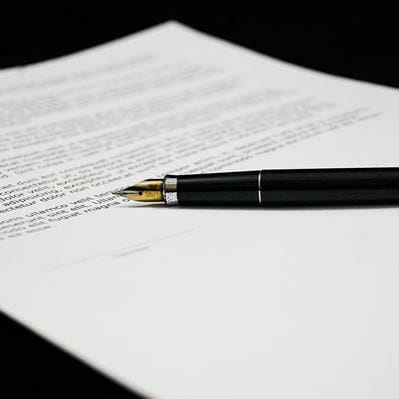 Nothing strikes more fear into the hearts of business owners that this one word: Suretyship. It’s a curse that sends them fleeing for the hills quivering in terror. Many businessmen and women can recount numerous war stories of the abuse suffered by guarantors at the hands of creditors who have manipulated and abused suretyships. At the other end of the spectrum, our courts are clogged with creditors kicking themselves for not having insisted on a suretyship before granting credit to their now defaulting debtor. Let’s face it: the suretyship is a very useful business tool. If used correctly, fairly and with both parties in agreement on the scope and parameters. It gives businesses access to the credit they so desperately need to do business. And it gives creditors the comfort they need to release goods before payment is made. There needs to be a balance between the competing interests of debtor and creditor. But all too often we hear of creditors upsetting this balance by claiming more than the surety originally bargained for. Fortunately, the Supreme Court of Appeal came to the rescue by clarifying how a suretyship is to be interpreted and applied.

In the 2015 case of Kilburn v Tuning Form (Pty) Ltd, the Supreme Court of Appeal was asked to confirm the extent of a surety’s liability under a suretyship. The surety had signed a suretyship in respect of Kilburn Auto Enterprises’ indebtedness to the creditor. In due course the creditor underwent an organisational restructure, resulting in the company being split into five trading divisions, albeit still under the same company, namely Tuning Form (Pty) Ltd. Kilburn had already paid its debt to the After Market Products division of Tuning Form. However, it owed an amount of R800k to the Yamaha Distributors division, which it failed to pay. The creditor sued Kilburn, obtained a judgment against it, and thereafter claimed this amount from the surety under the suretyship. The surety’s defence against the claim was that the suretyship was limited to the debt due to a different division of the company. The High Court held that the surety was indeed liable for the amount due to Yamaha Distributors division on the basis of the unlimited suretyship that he had signed, and also observed that different divisions of a company are still part of one company. Company divisions do not have separate legal personalities. In other words, company divisions are created for operational purposes only but have no legal effect, as in law they are all regarded as one company. Not surprisingly, the surety was unhappy with this decision and took the matter on appeal.

The Supreme Court of Appeal noted that whether or not a surety is liable under a suretyship depends on:

In this case, the Supreme Court of Appeal held that when looking at all three of the above elements (the wording, the heading and the purpose) the interpretation becomes very clear. The surety signed the suretyship for the sole purpose of securing the facility that Kilburn needed to purchase goods on credit from the After Market Products division. The creditor could not hold the surety liable for any other debt that Kilburn owed to it.

The SCA overturned the High Court’s decision and held in favour of the surety.

The message to debtors and creditors alike is to engage in honest, ethical negotiations and ensure that the resultant Suretyship clearly reflects their intentions and agreement. If the Suretyship is limited to a specific requirement, then this must be made clear. If the Suretyship is unlimited, intended to cover all amounts that the debtor may owe to the creditor whether existing or arising in the future, then this, too, should be made clear.