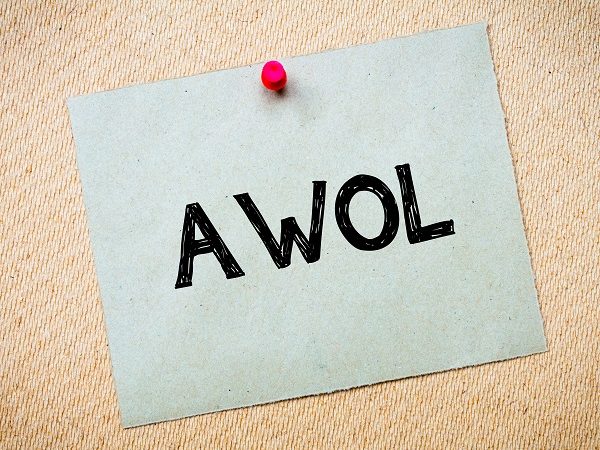 Most employers have encountered the curious phenomenon of the mysteriously absent employee. They’re not at their station at 8 am. By midday, you’ve left multiple calls on their voicemail. And to get through the day you’re forced to shuffle your staff around to pick up the slack. But when this happens the next day, and the next day, and the next, what then? What can you do, if anything, when an AWOL employee magically reappears?

In a recent case, the court was tasked with considering the dismissal of an employee who had gone AWOL. For four months.

The facts, briefly, revolved around an employee who had been with his employer for nearly 13 years. One day he failed to arrive at work, informing his employer that he had a doctor’s appointment. This would probably go down as the longest doctor’s appointment in the history of doctor’s appointments. Because he didn’t pitch up the next day, nor the next day, nor the next. Nearly four months later he finally arrived at work, and merrily set about his tasks. His employer asked him to supply a medical certificate to justify his absence. Three days later he provided a traditional healer’s letter. And then for the next seven months, he continued to arrive at work, do his job and collects his salary. Until out the blue, his employer informed him to appear before a disciplinary hearing: he had been charged with absconding from work. After considering the evidence, the chairperson felt that his contract of employment was deemed to have terminated due to his absence without leave, and duly dismissed him.

The Labour Appeal Court disagreed. When the employer returned to work the employer lost the opportunity to dismiss him when they accepted his performance at work and continued to pay him – for seven months. This was considered an implicit reinstatement, which meant his subsequent dismissal was unfair.

There are peculiarities in this case, in that the employer was a government employee and the matter revolved around the Public Services Act, which deems an employment contract to be terminated after one month’s absence without permission. But there is one key takeaway in this case that employers should take heed of, regardless whether they operate in the public or private sector. If you intend to take action against an employee who magically re-appears after going AWOL then do so promptly. Investigate the absence immediately, charge the employee without delay, and hold a disciplinary hearing as soon as possible. Because the longer you take, the higher the likelihood that the court will reject the dismissal. Which will require you to either reinstate the employee or pay them handsomely in compensation.