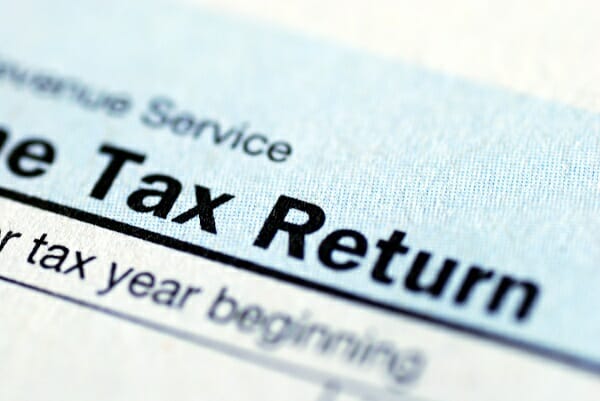 Death and taxes are often said to be the only certainties in life. If you’re a provisional taxpayer then at this time of the year you may be questioning which option is preferable. With your tax return deadline looming you may well be facing a pint-sized bank balance and a mountain of bills, wondering what inflated amount the taxman will be wanting to squeeze you for this time.

You may be old enough to recall a time, not all that long ago, when one would regularly encounter groups of taxpayers who held the view that the taxman is not the enemy, and paying tax is awesome. No… really… just hear me out. They actually had a laudable argument going. Idealistic and utopian, perhaps. But commendable nonetheless. Their assertion was that one can naturally presume that the more tax you pay, the higher your income is. So, the higher your tax bill, the more you’re earning, which is a good thing, right? You can’t really argue with that logic. The second part to their argument used to be a tad more altruistic: the view that the tax we pay goes to a good cause. Police. Healthcare. Education. Infrastructure. Supporters of this logic would get a warm and fuzzy feeling when passing schools, witnessing workers repairing roads, seeing crime-fighting cop cars racing by, hearing about new hospitals being built. “Now that’s putting my money to good use,” they would announce approvingly.

Sadly, those days have long since passed. Even the most ardent of these altruistic idealists appear to have been silenced. State capture. Corruption. Cronyism. Crime. Tender scandals. Waste and incompetence. Unemployment. And let us not forget the tired trio of SABC, Eskom, and SAA. Set against a landscape of under-resourced public hospitals, over-crowded schools, too few houses and too many potholes. The juxtaposition is apparent when you pass unemployed graduates begging for jobs on street corners while hearing about the latest multi-million Rand bonus awarded for the mismanagement of yet another state-owned organisation. It is therefore not surprising that the days of the willing taxpayer are over.

Returning to our distressed provisional taxpayer who’s balefully contemplating how to stretch their depleted bank account into paying their tax. It becomes oh-so-tempting to create some wonderfully innovative ways to dodge their tax bill. If this is something you’re seriously considering, we have just one word of advice: Don’t. Because there is, indeed, something worse than death and taxes. It’s called the Tax Audit. And when you’re dragged before the law on tax evasion charges, defiantly declaring that “If those politicians want BMWs they’re not getting them with my money!” is unfortunately not considered a good defence, regardless how supportive your fan-base may be.

By all means, as a prudent provisional taxpayer, you should be exploring every lawful avenue to ensure that you don’t land up over-paying tax. It won’t kill our MPs to travel in economy class. And one less car in the unnecessarily bloated ministerial cavalcades surely won’t be missed. But equally as important, the prudent provisional taxpayer should also be careful not to underpay tax. With all the ministerial increases that need to be paid, it’s highly likely that you’ll find yourself fingered for a Tax Audit. In preparation for this eventuality, make sure that your documents are all in order. That way, when the dreaded Tax Audit is sprung upon you, you will have nothing to fear. Lease Agreement? Check. Employment documents? Check. Customer agreements? Check. Supplier agreements and invoices? Check. The prudent provisional taxpayer wouldn’t blink when presented with SARS’ long list of documentary evidence that s/he is required to produce to substantiate his/her tax return.

It is our belief at Agreements Online that the prudent provisional taxpayer should run their business professionally, diligently, efficiently. Ethically, honestly, and honourably. It is often said that evil happens when good people do nothing. But what is worse is when these good people give up and floor-cross. The pervasion of the “if we can’t beat ‘em, join ‘em” philosophy is arguably even more destructive than our government itself. So it’s up to the prudent provisional taxpayer to show ‘them’ how honest business is done. Utopian? Undoubtedly. Idealistic? Perhaps. But with enough honest businessmen and women, there is hope yet for our country.

And if the principled argument doesn’t fly with you, then the Tax Audit should do the trick. It’s only a matter of time before you get caught in the net, if you haven’t already. So our advice is: find another creative outlet.