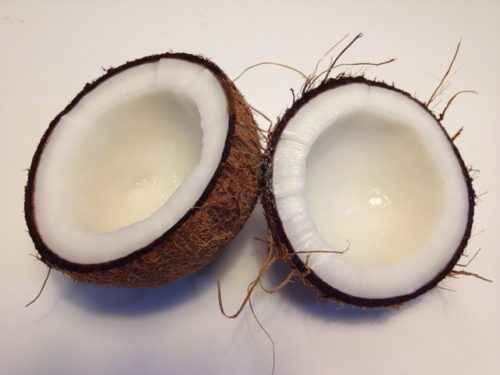 If you’re a social media user then by now you’ve probably come across people going nuts over the coconut war that’s taken over Facebook. Briefly, the story is as follows:

It seems a woman named Jenna started a business called Coconut Connection, trading the enterprise as a sole proprietor. Over a few years she builds her brand, her client base and her Facebook page. In August 2016, she is joined in the business by a friend, Heather, and together they ride the coconut craze. Then, on 27 April 2017, Jenna wakes up to find that Heather has effectively locked her out of the Coconut Connection Facebook page by deleting her as an admin. In addition, it appears that Heather:

As they say, there’re always three versions to every story (Plaintiff’s version, Defendant’s version and the Truth). So, while Jenna and Heather battle it out on social media, and while their respective attorneys launch legal letters at each other, we thought we’d play out a few hypothetical scenarios.

Scenario 1: Heather was an employee

Heather may have been appointed by Jenna as an employee, whether as a sales agent, operations manager, quality controller or general wonder woman. Even if an employee is responsible for launching a business to stratospheric levels, an employee remains an employee and can have no claim for a share of the business. If there is no Contract of Employment then Jenna would have breached the Basic Conditions of Employment Act. And Jenna would probably also be kicking herself for not getting Heather to sign a Restraint of Trade when she had the chance. But regardless of these oversights, if an employee hijacks and rebrands the employer’s Facebook page, retains and rebrands stock, then sells this stock to customers under a representation that the customer was dealing with the same, rebranded business, then that employee would be facing criminal and civil charges of epic proportions. The criminal charges would likely include theft and fraud. The civil charges would probably include a spoliation order for the return of the Facebook page, an interdict requiring Heather to cease business activity that comprises “passing off”, and a claim for the damages suffered by Jenna. (South African law prohibits competitors from “passing off” or misrepresenting goods as being the other’s products, including through the use of names and branding that are so similar as to mislead the public.)

Scenario 2: Heather was a partner

Interestingly, Jenna introduced Heather to the world at large in a Facebook post, describing her as her “partner”. The problem with the word “partner” though, is that it has multiple connotations. If Jenna appointed Heather on a 50% equity basis it could have been as a partner in a partnership. In this scenario, Heather and Jenna should have signed a Partnership Agreement. It’s probably safe to assume that they didn’t (this would have come out in the social media wash by now). A verbal partnership is legally valid, albeit certainly not recommended. If Heather can prove her allegation that she contributed money to Coconut Connection then this would likely be solid evidence to support the existence of a verbal partnership. In addition, Heather would have to show that the partnership was being operated with the intention of making a profit, and for their joint benefit. If there was a legally-recognised partnership, Jenna and Heather would be equally liable for all losses and expenses in the business. And they would also be equally entitled to all profits and assets in the business.

Now let’s say that a partner in a partnership removes the other partner from the business’ Facebook page – and then proceeds to rebrand the page, retain and rebrand stock, then sell this stock to customers under a representation that the customer was dealing with the same, rebranded entity. This question becomes slightly more complicated in that as a partner she is entitled to make changes to the partnership’s business. But is she making changes to the existing business in the course and scope of the partnership, or is she ending the partnership and opening her own business by stealing IP, goodwill and stock from the partnership? Her “new name, same products” proclamation on Facebook may provide some insight there. In either instance, Jenna has clearly been booted out the picture – and Heather appears to have breached the requirement that winding up a partnership should be just and equitable. Jenna would in all likelihood have a legal case against Heather to regain access to the Facebook account and prevent Heather from selling to Coconut Connection’s customers under false pretences, in addition to a damages claim. Consequently, in dissolving the partnership, Heather, Jenna, their attorneys, and possibly even the courts would need to decide how to split the business equitably.

Scenario 3: Agreement to form a company

A problem with Scenario 2 is that, on Heather’s own admission, the agreement was ostensibly to form a company and for Jenna and Heather to be 50% equity shareholders. A slight legal technicality here is that there is case law that states an agreement to form a company does not make a partnership. Jenna could therefore use Heather’s own allegations to argue that there was no partnership formed, that the mere agreement to form a company is as enforceable as an agreement to agree (ie. not enforceable), and that the only claim that Heather could have against her is for the repayment of any loans that Heather may have made. Under this scenario, Heather is neither a shareholder nor a partner and has no claim on any Coconut Connection equity. Which brings us back to Scenario 1.

Would it make any difference if Heather’s allegations proved somewhat accurate? Heather may well have paid a small fortune to Jenna in exchange for a 50% stake in the business. Jenna then registers a company, Coconut Connection (Pty) Ltd which lists herself, Jenna, as 100% shareholder. What if Jenna intended to operate Coconut Connection under the newly-registered private company, to the exclusion of Heather? What if Jenna intended to do to Heather what Heather did to Jenna? The answer to this lies in what your mother always told you when you tried to get back at your brother: Two wrongs don’t make a right. If Jenna’s registration of the company truly was nefarious and an attempt to renege on a lawful and enforceable agreement, Heather would likewise have had access to the courts to protect her interests.

In short, there’s a well-known phrase in law: Don’t take the law into your own hands. But that is exactly what Heather appears to have done. If she felt wronged by Jenna’s actions, the correct course of action would have been to approach the courts for an appropriate order. But she didn’t. And that’s likely landed her in a whole lot of hot coconut water.

Kerry Jack is a qualified attorney with over 20 years’ experience spanning legal practice, corporate legal advising and risk management consulting. She has interests in a website, Agreements Online, which has been providing legal agreements and templates to businesses and individuals for ten years. Her consulting business, Cognosa, has been operating for over 12 years.

This article is based on information that is generally available on Facebook, and the conclusions drawn are not necessarily complete and may be impacted by additional information that is not publicly available. While this article is a general opinion piece, it does not in any way constitute a legal opinion, nor should it be relied upon when making any decisions or taking any action.