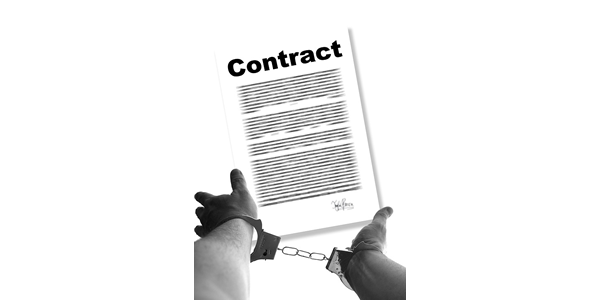 It’s been said time and time again: before you sign anything, make sure that you’ve read what you’re signing, and understand the significance. Clauses in legal documents and contracts have this nasty habit of rearing their heads at the most inopportune time and biting you in the rear.

Here’s a rather unfortunate sequence of events that was unraveled by the court in MBD Securitisation (Pty) Ltd v Booi.

MBD Securities operated their business in Hyde Park, Johannesburg. Booi, a 61-year old woman, lived in the little town of Alice, in the Eastern Cape. MBD sold goods to Booi, who signed a consent that, unbeknown to her, contained a jurisdiction consent. Following Booi’s non-payment, MBD appointed attorneys in Nelspruit, Mpumulanga to start legal action against her. These attorneys proceeded to issue the summons using a court in Hennenman, in the Free State. Following the summons they obtained default judgement against Booi. And then obtained an emoluments attachment order requiring Booi’s employer to pay MBD out of Booi’s salary.

Long story short: after what must have a monumental nightmare of a process for Booi, the judgement against her was finally rescinded. Not happy with this turn of events, MBD appealed the rescission, which is how the matter came to be heard by the High Court – who took a dim view of MBD’s actions. In terms of both the Magistrate’s Court Rules and the National Credit Act, there was no doubt that the Hennenman Magistrate’s Court had absolutely no jurisdiction in the matter. Despite any written consent to the contrary. So irregular was this case, the High Court even ordered that their judgement be sent to the Law Society, National Credit Regulator and Minister of Justice.

In this case the outcome favoured Booi. But at what cost? The time, effort, cost and frustration can only be imagined. This painful process could have been avoided altogether if she had read what she signed, and understood what she signed. And, of course, if she had known that the consent to jurisdiction she was signing was in fact unlawful and that she had every right to insist on it being adjusted.

Read, understand, and know your rights before signing any legal agreement, document, contract, undertaking or consent of any form. If you don’t understand it, ask for clarification. And if you don’t like it, ask for the document to be adjusted or refuse to sign.